Speech delay or pronuncation difficulties may be caused by underlying auditory processing difficulties. This is a specific area of expertise for SAS. 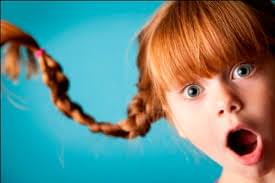 The capacity to acquire and use language is a key aspect that distinguishes humans from other beings and it is therefore not surprising that understanding of language and expressing through speech are two of the key milestones in child development. The vast majority of children learn to understand one or more languages quite naturally within the first few years of life. Some, however, will be late at understanding or learning to speak. In this article we examine these two distinct developmental processes, that of understanding language and of producing speech.

Although the emphasis often is on speech development, this cannot take place unless the child has first acquired an appropriate level of language understanding. Babies without hearing impediments will quite naturally learn to understand language by passively listening to the speech of the people around them. In most cases they will start to respond to their name at about six months and at one year will comprehend quite complex language. It is important to realise that the understanding of language always precedes the production of speech. The fact that a child does not yet speak does not mean he or she doesn't understand – it even is likely that they think and possibly speak in words inside their heads. Parents and caretakers certainly should not give up speaking to a child even if there is little or no feedback, verbally or otherwise.

Most infants will show a preference for the sounds of their native language by the age of six months and after this their ability to distinguish 'foreign' sounds diminishes to such an extend that from about eight years onwards most are not able to learn a second language without any accent. Hearing clearly plays a important role in this critical language acquisition period and prolonged spells of hearing loss, for instance due to ear infections or glue ear, can affect language acquisition and speech development.

Learning and understanding of language is not an exclusively auditory process, however. Looking at the lips of the speaker, facial expressions, hand gestures and seeing objects or context all play a role in the acquisition of language. We also have to remember that all of this assumes the child is able to pay attention to this auditory and visual input. When distressed, crying, physically uncomfortable, tired or hungry, an infant will ignore much of the external input and thus learn far less language during these periods.

Children learn to speak at widely varying ages, some very early at six months, but more commonly first words come around 12 to 18 months of age, while others need more time. Mostly speech is preceded by babbling and nonsense words, but some 'perfectionists' are silent until such time they feel confident that they can say words properly. Some children with 'speech delay' will suddenly come out with whole sentences.

Many parents are anxious about their child's development and understandably especially about speech. For those children that do not yet speak after their third birthday and that often are diagnosed as being on the autistic spectrum, speech can become the main focus of attention. Although there is no universally recognised 'cure' for speech delay, it is possible to promote speech development through neuro-sensory activation, speech and language therapy and intensive behavioural and social interactions. Remember, there are far more non-verbal children than non-verbal adults, proving that the majority learns to speak at some stage during childhood.

Some children can speak, but have a limited vocabulary, poor pronunciation, make many grammatical mistakes, find it difficult to construct a sentence, or have a stammer. In most cases this is directly related to how they process language and speech in the brain, compounded possibly by a left-ear dominance. Poor synchronisation and slow signal transference between the two sides of the brain may also play part in these complex conditions. For children that have been struggling for some years, confidence and self-esteem also start to play a role in their performance.

How the brain processes language and speech

The start of acquiring language and speech is clearly the sense of hearing. Through listening the infant learns about language and will eventually wish to imitate the speech of his or her caretakers. If you are concerned about speech delay, a speech impediment or other language or speech related issues, please always first check with a medical practitioner and check the hearing of the child. Hearing loss, very sensitive or distorted hearing will all impact on language acquisition and speech development. The medical profession often can help with hearing loss, but mostly ignores sensitive or distorted hearing.

There is a growing body of evidence that people with language disorders (including Dyslexia) and speech delay often attempt to process too much of the auditory language input in the right side of the brain and that the synchronisation or speed of signal transfer between the two sides of the brain is less than optimal – medically this is referred to as Auditory Processing Disorders (APD).

Training the brain to make more and faster connections between the two sides, and strengthening the specialised language centres in the left side whilst inhibiting the right side from processing speech, can help to reduce the effects of APD. The unique SAS music and language programmes have been specifically designed to address these areas.

Solutions for language and speech development

Faster and more efficient auditory processing, and strengthening of the language and speech centres in the left side of the brain can be achieved in a short space of time through intensive neuro-sensory training. We offer a range of condition-specific courses at SAS Centres, through SAS Practitioners, or as a SAS At Home course. Tailor-made brain training that can make a real difference!

Home Help - here are some hints and tips you can try yourself at home:

His self-confidence has improved and his language, speech and learning are much better. He now questions and expresses himself better. Our son and we are in a much better situation now. For the first time in my life, I have absolutely no regrets about such a programme. Thank you for opening this Cen...

My son had speech problem and stuttering. We have seen improvement in our son speech and ı know he will be more better in the process of time.I really thank you so much for your staff. Because we have got no idea about the application, we will be so grateful if you give more information. Thank you.

He has great progress in phonation. His self confidence increased. (ex: he says welcome to our guests at home) He is more successfull in expressing himself. His self conscious has really decreased and now he is in the pursuit of dialogue. He was very emotional kid but after the program he started to...

He has started to express himself better. I have noticed major improvements in his speech. His self-confidence has increased. He has started to use new and a wider range of words compared with his peers. His attention span is longer now. He is doing his mathematics faster now and his understanding o...